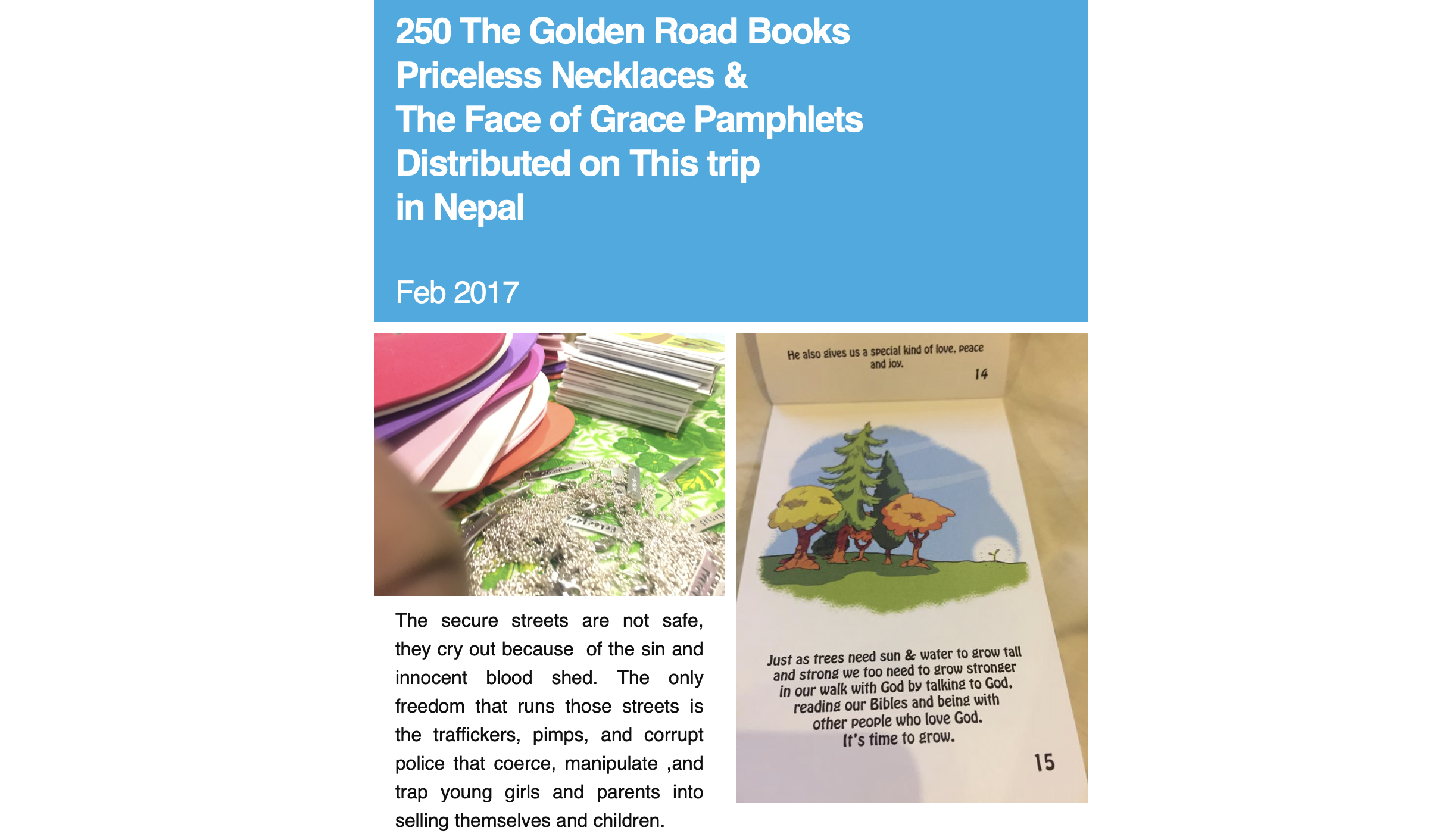 The secure streets are not safe, they cry out because of the sin and innocent bloodshed. The only freedom that runs those streets is the traffickers, pimps, and corrupt police that coerce, manipulate, and trap young girls and parents into selling themselves and their children. On this mission Trip to Nepal, Our plan was to visit the marketplace “Slums” where traffickers buy girls, so we wanted to bring awareness and rescue poor girls who are sold because of poverty and people do not know their identity. 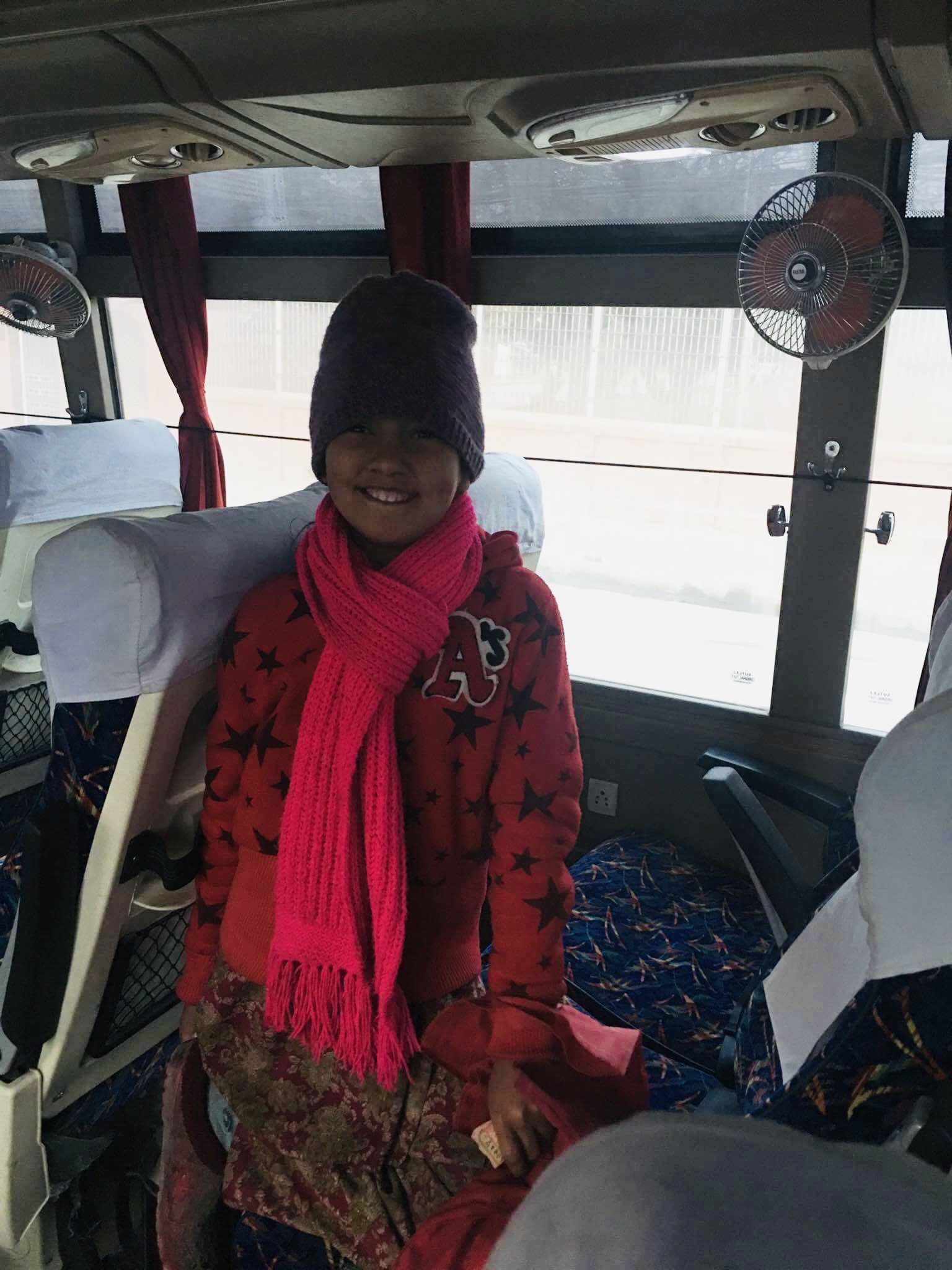 There are thousands of children like this little girl, who has to sell her tea to make money for her family to survive before being able to attend school.

Journey in the Words:

As we were in Kathmandu, Nepal this is the capital city of Nepal. Thamel area is a tourist area, Thousands of western girls and boys were walking freely on the roads and streets. We were also walking on the road, but we felt the secure streets are not safe, they cry out because of the sin and innocent bloodshed. The only freedom that runs those streets is the traffickers, pimps, and corrupt police that coerce, manipulate, and trap young girls and parents into selling themselves and their children. When the pimps requested Kaleem to receive a body massage, and after our denial, they requested sex and said there are good-looking girls. He denied it and told them its not good to sell ourselves for money, God created humans to live a blessed life, to honor and to value themselves. Police in this country is also corrupt like in Pakistan and India. They also help pimps to run such businesses. The Policeman who was standing far from the pimp asked Kaleem why do you not like it, would you like to smoke. Kaleem told him, he is a Christian and we are here to help Nepali people to teach them about their identity and value.

“The Next morning when we were at a local bus station, we found a young girl who was selling tea in this cold early morning. She asked us to drink tea but Our team had already done breakfast. We asked about her life, as she was good at speaking English. It showed us that she studies but she told us that she is unable to attend school until she sells all of her tea.”

Jobyna Beth Wrote: Before getting on the bus I was approached by this young girl it was around 7 am and she wanted me to buy tea, she was dirty and her clothes were in a bad condition, you could see the pain in her eyes but she covered it as she had a bubbly personality but was taught to be the way to free with people in order to sale the tea. I asked Kaleem to give her money and he gave her a lot but we didn’t take tea, she followed us into the bus and was Asking others, We began to love on her and talk to her. We asked her about school she said she couldn’t go until her tea is sold. So We took tea and I began telling the others on the bus to buy and they did.

I gave her a silver necklace that reads “Priceless” and Kaleem told her how priceless she was, she had to leave cause the bus was leaving, so she stood on the curb and holding and turning the necklace in her hand and than was waving to me, she put it on and then kept reading the word priceless and putting her hand to hold it to her heart.

Then she waved goodbye. Every penny, everything it took to get here was worth that moment!! I began to cry because I wished to take her home and rescue her from pain, see her go to school, and have all the things the children in the US have and take for granted. Seeing her face light up as she heard she was “Priceless” and seeing her walk holding the necklace to her heart is Why we at Holy Light do what we do.

This is the start of our Campaign a little step to restore the identity of a Priceless Girl. Soon we will share more stories “Love for Nepal”, “Priceless”, “The Golden Road” Gospel Pamphlet distribution, Rescued Girls, and “The Face of Grace”, where we visited the slum areas, fed 200 Hungry children, spread awareness about Human trafficking and the Love of God in Jesus Christ.

On behalf of the “Holy Light Family,” we want to thank everyone that made this trip possible, and its our hope that each one of you being a part of this family would be blessed as you read just some of what God did on this trip. Thank you!