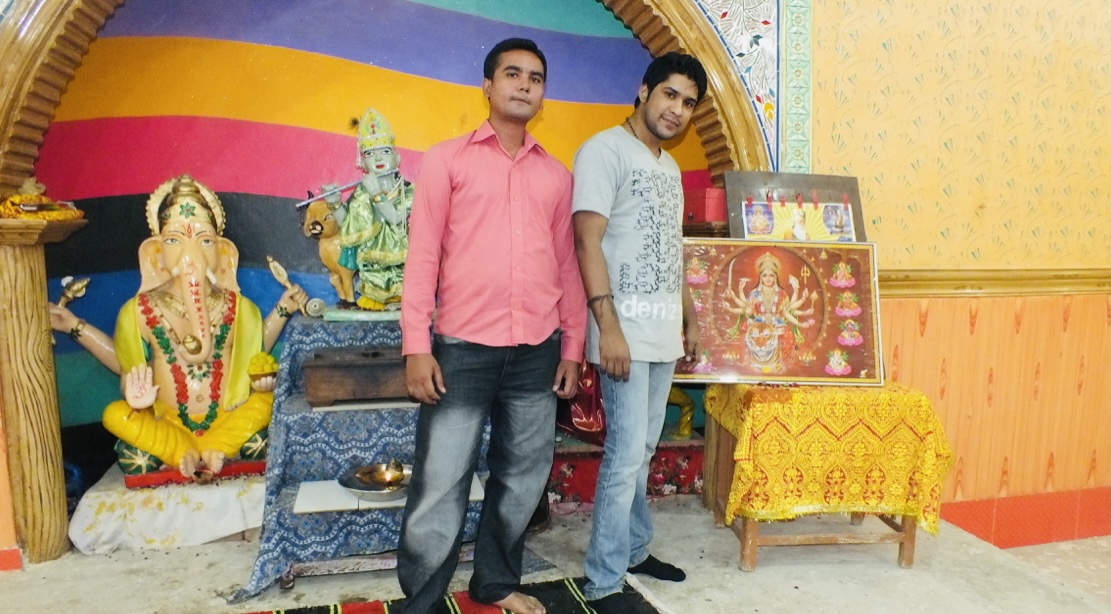 This gospel of the kingdom will be proclaimed throughout the whole world as a testimony to all nations, and then the end will come. Matthew 24:14

Hinduism is one of the four major religions of the world by percentage of the population. There are almost 1.08 billion Hindus worldwide.

We are happy that God has chosen all of us to glorify His name among nations, Tribes and among all people of the world. ​Holy Light ​Mission​’s ​trip went to villages of three cities,​ ​Hindu temple and Hindu colonies. Hindus call God as​ ​”OM” and believe OM came into the world in many forms, and they made different​ ​idols of their gods and worship them. Its a old religion which later gave shape to many other religions. After Muslims, Hindus are the largest population of the world who do not know the Gospel of JESUS CHRIST. God called us to be His wise laborers, He gave us different talents to sow and work in His great Harvest. The Holy Bible says in Psalm 126 “Those who sow in tears shall reap with shouts of joy”.

If the twelve disciples brought great fruit for the Kingdom of God that there are 2.5 billion Christians in this century, then why are there still billions of people nations & Tribes who do not know about Jesus? God is touching the lives of muslims and Hindus and He will use us to save millions of lives. There is one Hindu who converted into Christianity last​ ​year and on this trip, ​we ​met with him and his family and prayed at his home. Many Hindus ask for prayer because they believe God listens to the prayers of Christian ministers. 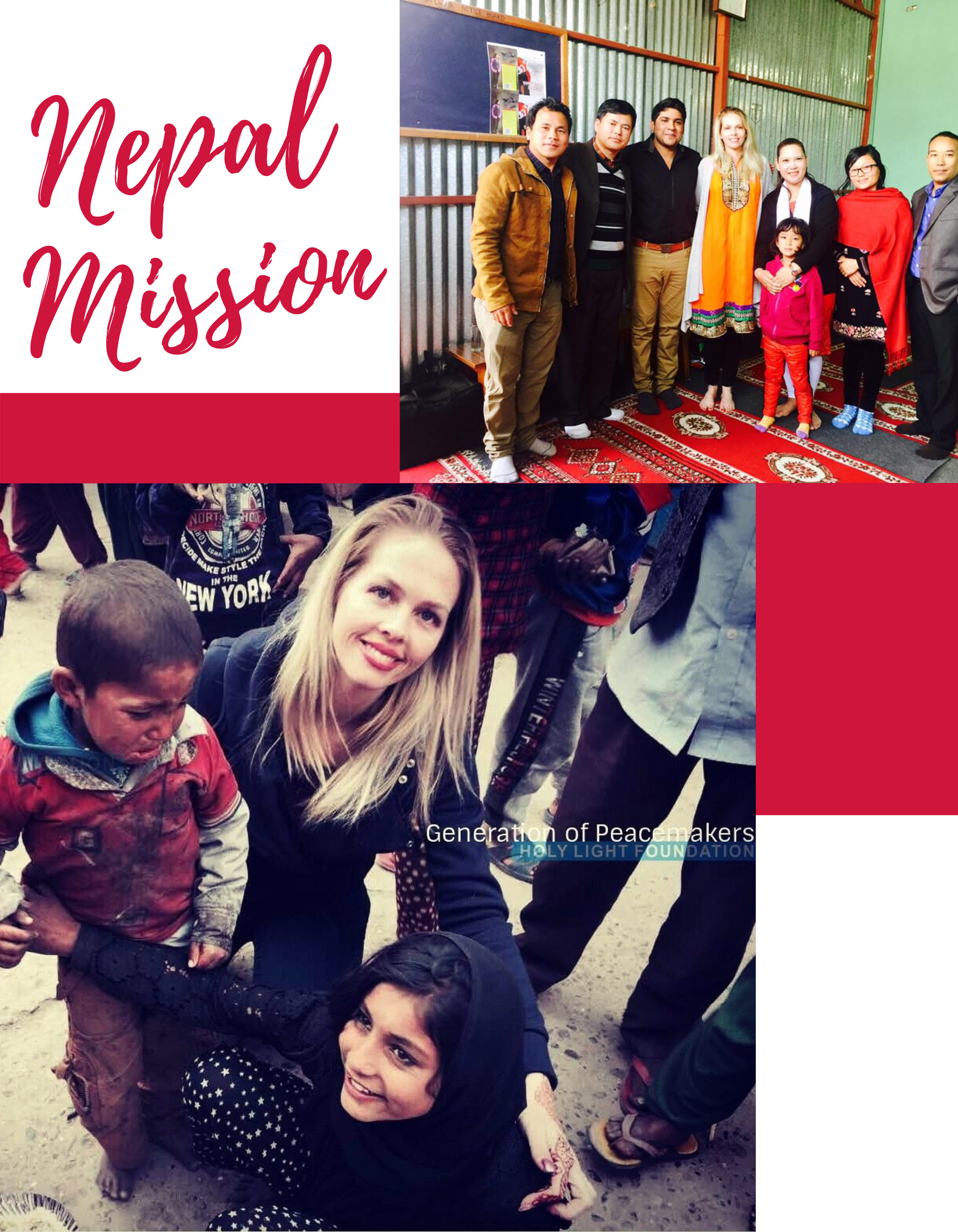 Nepal has a population of 26.4 million and 85% are hindus. We speak in churches, slums, home churches, rescue homes to bring the love and healing of God, distribute necklaces engraved with the word PRICELESS and scrolls about their worth and beauty. Visit to the poorest villages to feed, clothe, distributed hygiene bags and deliver 200 children’s books about salvation and God’s love. We arranged events to bring Awareness to the parents about the traffickers who are actually not business men but they are trafficking their daughters across the border to India to the red light district. We still need your prayers and we hope you will continue to stand with us as One in Christ. Thank you for being a part and involve in the work for the Kingdom of God.

“And I saw another angel fly in the midst of heaven, having the everlasting gospel to preach unto them that dwell on the earth, and to every nation, and kindred, and tongue, and people, Saying with a loud voice, Fear God, and give glory to him; for the hour of his judgment is come: and worship him that made heaven, and earth, and the sea, and the fountains of waters.” (Revelation 14:6) 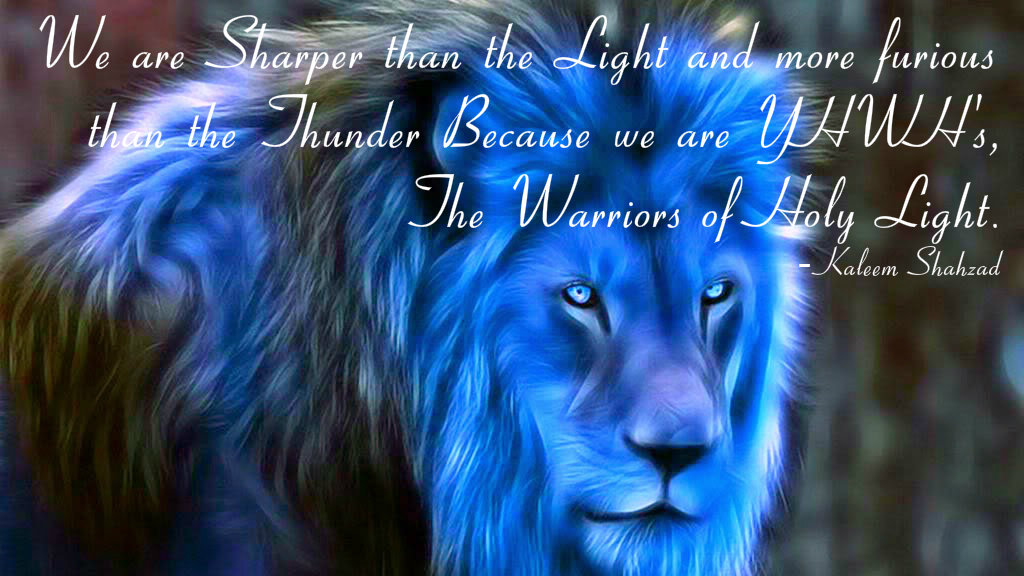 There shall be no night there; and they need no candle, neither light of the sun; for the Lord God giveth them light: and they shall reign for ever and ever. (Revelation 22:5)

We are appointed as the ambassadors of the Kingdom of Our Messiah. We know many Christians and churches think that there is no hope and that Christians are called only to be persecuted. But the Word of God gives us hope that His Kingdom will be on earth as it is in heaven. So we have to advance the Kingdom of God by using our talents and by walking in wisdom.

Many of our team members are living in the Islamic state of Pakistan, which is being used as the fort of Islam but we believe in the Messiah “YESHUA” and welcome the Kingdom of God into our country. We are thankful for Global Peacemakers team in the United States of America and Europe, who are supporting us to advance the Kingdom of God. We are sharper than the Light and more furious than the thunder, because we are YHWH’ s, The Warriors of Holy Light. Our war is not against the flesh but against the evils, We have to set free people from the cage of lies by sharing the truth of the Gospel of Jesus. The war does not end here. Let’s fight with new courage, new passion, new anointing and with new strategies. Raise a God’s Army in your communities and fight together against the evil. We will win the war, when all good people will be united and the King of kings will come to rule on the earth.

They that be wise shall shine as the brightness of the firmament; and they that turn many to righteousness as the stars for ever and ever. (Daniel 12:3)

Mission: Sharper Than The Light