American professor Carol Christine Fair (University of Chicago (PhD, MA, BS) states that “Large numbers of Christians in the Punjab and Sindh, in particular, are trapped in bonded labour or slavery in work like brick kilns and carpet-weaving. Around 80% of brick kiln workers in some areas are Christians working to pay off family debts long since paid in absolute terms, yet who are illiterate and remain powerless to do anything about their circumstances. The plight of Pakistan’s bonded labourers came to international attention briefly with…12-year-old Christian “Iqbal Masih”. 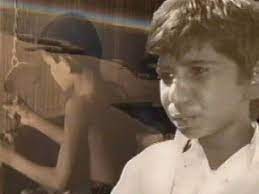 Iqbal Masih was born in 1983 in Muridke, a commercial city outside of Lahore in Punjab, Pakistan, into a poor Catholic Christian family. At the age of four, he was sent to work by his family to help them pay off their debts. Iqbal’s family borrowed 600 rupees (less than US$12.00 at the time) from a local employer who owned a carpet weaving business. In return, Iqbal was required to work as a carpet weaver until the debt was paid off. Every day, he would rise before dawn and make his way along dark country roads to the factory. He was forced to work more than twelve hours a day. He was constantly beaten, verbally abused, and chained to his carpet loom by the carpet factory owner to prevent escape.

Iqbal knew his debt would not be paid off any time soon and one day could not take it anymore. He ripped one of the carpets and got into serious trouble with the home factory owner Hussain Khan.

After 6 Years of Hard labor, At the age of 10, Iqbal escaped his slavery. He escaped and attempted to report his employer Ashad to the police, but the police brought him back to the factory seeking a finder’s fee for returning escaped bonded labourers. As carpet factory owners usually are rich and influential men in their communities, often under the protection of the local police, laws against enslaving children are seldom enforced.

Iqbal escaped a second time and attended the Bonded Labour Liberation Front (BLLF) school for former child slaves. On his own initiative, he contacted a BLLF lawyer and obtained a letter of freedom which he presented to his former master and joined BLLF, he quickly completed a four-year education in only two years. Iqbal Masih (1983–1995) became the spokesman for BMM from 1993–1995. Iqbal helped over 3,000 Pakistani children that were in bonded labour escape to freedom and made speeches about child labour all over the world.

He expressed a desire to become a lawyer to better equip him to free bonded labourers, and he began to visit other countries, including Sweden and the United States, to share his story, encouraging others to join the fight to eradicate child slavery.

In 1994 he received the Reebok Human Rights Award in Boston, and in his acceptance speech he said: “I am one of those millions of children who are suffering in Pakistan through bonded labour and child labour, but I am lucky that due to the efforts of Bonded Labour Liberation Front, I go out in freedom I am standing in front of you here today. After my freedom, I joined BLLF School and I am studying in that school now. For us slave children, Ehsan Ullah Khan and BLLF have done the same work that Abraham Lincoln did for the slaves of America. Today, you are free and I am free too.”

Iqbal was fatally shot by the “carpet mafia,” a gang that killed slaves if they ran away from a carpet factory; while visiting relatives in Muridke on 16 April 1995, Easter Sunday. He was only 12 years old and was assassinated.

Following his death, Pakistani economic elites responded to declining carpet sales by denying that they were using bonded child labour in their factories and by employing the Federal Investigation Agency (FIA) to brutally harass and arrest activists working for the BLLF. The Pakistani press conducted a smear campaign against the BLLF, arguing that child labourers received high wages and favourable working conditions.

The Whole world honored him, but he was not honored in Islamic Republic of Pakistan, until 2022, Finally he was awarded with the Sitara-e-Shujaat on 23 March 2022.

Iqbal’s story was depicted in a book entitled Iqbal by Francesco D’Adamo.
In 1996 the Movimiento Cultural Cristiano (MCC- Christian Cultural Movement) and Camino Juvenil Solidario (CJS- Youth Solidarity Path) promoted 16 April as International Day against Child Slavery in Spain and South America.
In 1998 the newly formed Istituto Comprensivo Iqbal Masih, a comprehensive education institute comprising several schools (almost 17) in Trieste, Italy, was named after him.
The 2006 book The Little Hero Andrew Crofts: One Boy’s Fight for Freedom tells the story of his legacy.
In 2009 the United States Congress established the annual Iqbal Masih Award for the Elimination of Child Labor.
On 16 April 2012, the Council of Santiago, after a proposal of Movimiento Cultural Cristiano, inaugurated a square named after Iqbal in Santiago de Compostela, Spain.
The 2014 Nobel Peace Prize was awarded to children’s rights advocate Kailash Satyarthi on grounds of prevention of child labour and promotion of female education. Satyarthi mentioned Masih in his Nobel Peace Prize award speech, dedicating it to him and other martyrs.
In 2016, the “X Iqbal Masih Rugby Tournament” was held in Catania, Sicily.
On 17 April 2017, the University of Salamanca committed itself to celebrating every 16 April as a Day Against Child Slavery on behalf of Iqbal Masih. 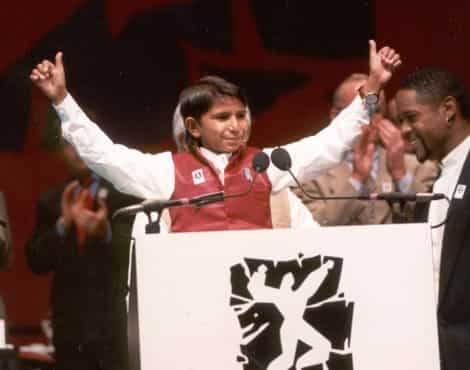